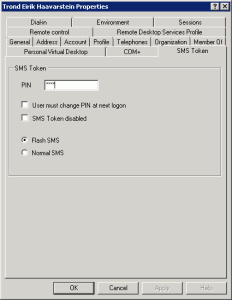 There are many SMS 2-factor solutions for Citrix Web Interface, but only one of them are free. This awesome add on has been created by Claus Isager and there exist many blog posts dating back to 2007. Since then many things have change e.g. the release of Citrix Web Interface 5.4 and the fact that more and more companies are running Windows 2008 R2.

So in this blog post we’ll show you how to install and configure this solution for the x64 platform. First you need to download the source files from Claus Isager web site and make sure you have .NET Framework 3.5 on the domain controller(s) you want to use to manage this SMS 2-factor solution. 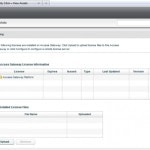 When the Citrix Access Gateway 4.6 (CAG) VPX Virtual Appliance was announced in Febrary 2010 the Citrix Community became very excited. The day when I finally got my hands on the product I got disappointed when I discovered that it only supported Citrix XenServer. Most of our customers have VMware in their DMZ and nobody was interested in replacing their working Citrix Secure Gateway before there where Citrix Access Gateway VPX support for VMware.

At this time it wasn’t a big issue, because the iPad hadn’t been released for sales in Norway so the pressure wasn’t too heavy on the IT apartments. The workaround was to create a XenApp Service site without any kind of 3 party authentication to begin testing the iPad in some environments.

At Citrix Synergy 2010 in Berlin there where some buzz about Citrix Access Gateway VPX 5.0 being released in the end of October 2010 with support for VMware ESX. Once again very excited, but turned down once more by the fact that it required an update of the Citrix Receiver to version 4.2.1. The Citrix Access Gateway VPX 5.0 was released 28th of October and we waited almost 1.5 month for the Receiver that was released 17th of December. I know this is not only Citrix’s fault since they were waiting for the App to get approved by Apple after the release of IOS 4.2.1.

The cool thing about the new Citrix Receiver for iPad is that it makes it possible to launch ICA files from Safari which means all Citrix Secure Gateway (CSG) solution with Citrix Web Interface 4.6 (WI) or higher will work even with 3 party authentication. So why should we upgrade to Citrix Access Gateway VPX 5.0? 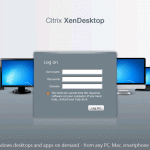 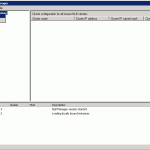 Every Citrix Web Interface Server (WI) without any form of load balancing is a potential single point of failure in your environment. Network Load Balancing is available in both the Standard and Enterprise Editions of Windows 2008 so there shouldn’t be to many excuses for not implementing. This picture tutorial will take you through the process of creating a Network Load Balancing Cluster for your Citrix Web Interface Servers. 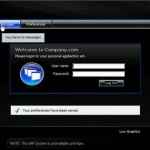 Turning old PC’s into Thin Clients are very much alive and a lot of you are downloading the ThinClientPC ScriptFrameWork. I recently came past 2 very good articles discussing these … Continue Reading 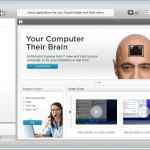 The Citrix Dazzle Technical Preview has been released and you can download it here. It’s required to install the Citrix Receiver before the Dazzle Tech Preview. This version support Windows … Continue Reading 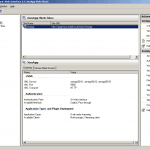 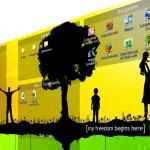 Discovered a very cool application today which organize your icons on your desktop or hiding them all simple by double clicking your desktop. Very handy when you are doing a … Continue Reading