When the Citrix Access Gateway 4.6 (CAG) VPX Virtual Appliance was announced in Febrary 2010 the Citrix Community became very excited. The day when I finally got my hands on the product I got disappointed when I discovered that it only supported Citrix XenServer. Most of our customers have VMware in their DMZ and nobody was interested in replacing their working Citrix Secure Gateway before there where Citrix Access Gateway VPX support for VMware.

At this time it wasn’t a big issue, because the iPad hadn’t been released for sales in Norway so the pressure wasn’t too heavy on the IT apartments. The workaround was to create a XenApp Service site without any kind of 3 party authentication to begin testing the iPad in some environments.

At Citrix Synergy 2010 in Berlin there where some buzz about Citrix Access Gateway VPX 5.0 being released in the end of October 2010 with support for VMware ESX. Once again very excited, but turned down once more by the fact that it required an update of the Citrix Receiver to version 4.2.1. The Citrix Access Gateway VPX 5.0 was released 28th of October and we waited almost 1.5 month for the Receiver that was released 17th of December. I know this is not only Citrix’s fault since they were waiting for the App to get approved by Apple after the release of IOS 4.2.1.

The cool thing about the new Citrix Receiver for iPad is that it makes it possible to launch ICA files from Safari which means all Citrix Secure Gateway (CSG) solution with Citrix Web Interface 4.6 (WI) or higher will work even with 3 party authentication. So why should we upgrade to Citrix Access Gateway VPX 5.0?

Well the sales pitch is to use your internal Web Interface and remove the old WI from the DMZ. Another point is the security aspect because you no longer need to run Windows Updates and apply security patches to you Citrix Secure Gateway. This is great, because I have seen many solutions that have been forgotten and not been updated in ages. CSG will also in the feature bee discontinued and no longer supported.

So we should upgrade to Citrix Access Gateway straight away right?

Well hold your horses. Right know there are too many issues with iPad not working with Citrix Access Gateway VPX 5.0. I have talked to many consultants and they have given up and just sticked to Citrix Access Gateway 4.6 which works with the XenApp Service. We are also still waiting for the Citrix Receiver for iPhone 4.2.2. If you are planning on using it with your Android devices you’ll need to upgrade to the brand new Citrix Web Interface 5.4 which could be a problem if you plan to use your internal WI like Citrix wants you to do. 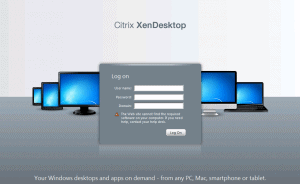 If you plan to try it out be aware that there currently are a lot of threads in the support forum regarding iPad and also some issues with older Citrix Presentation Server 4.5.

I have blogged about this before; Should Citrix pay more attention to Citrix Forums? when they launch a new product. There are some videos available on Citrix TV, but they don’t cover everything from A to Z so it’s easy to get lost in the configuration. And the new eDoc documentation doesn’t help anymore, Citrix please give us the PDF documentation back at least for brand new products.

Everything is easy when you know how to do it, I remember back in the CSG times I used at least 20 hours on the first installation, but then quickly got it down to 3-4 hours when I had done it a couple of times and had made myself a step by step installation guide.

So are you using Citrix Access Gateway VPX 5.x in your organization or are you sticking to Citrix Secure Gateway? Please leave a comment below.