In the last couple of weeks I’ve been hard at work optimizing my Automation Framework Master Class Hands On Labs. The class is all about Automation, but even automation takes time to complete.

I’ve added new Exercises that can run side by side including ADFS 4, FAS/SAML integration with StoreFront & Netscaler, Nano Server and lot’s on Core Server. Totally automated of course!

In my Pelican case above I have a nice NAS from QNAP, but to save $1500 on the new EU case I’m building I was looking for other options.

Back in the days I used FreeNAS, but now it requires 8GB which is a lot on a 32GB host. Asking around on Twitter, Jarian Gibson asked why not use Nano Server?

WFT, why didn’t I think about that. A foot print of only 256MB and the opportunity to get more familiar with Nano Server at the same time.

First you’ll need to download the Nano Server Image Builder. If you’re running Hyper-V you can download a ready to go VHD from Microsoft. 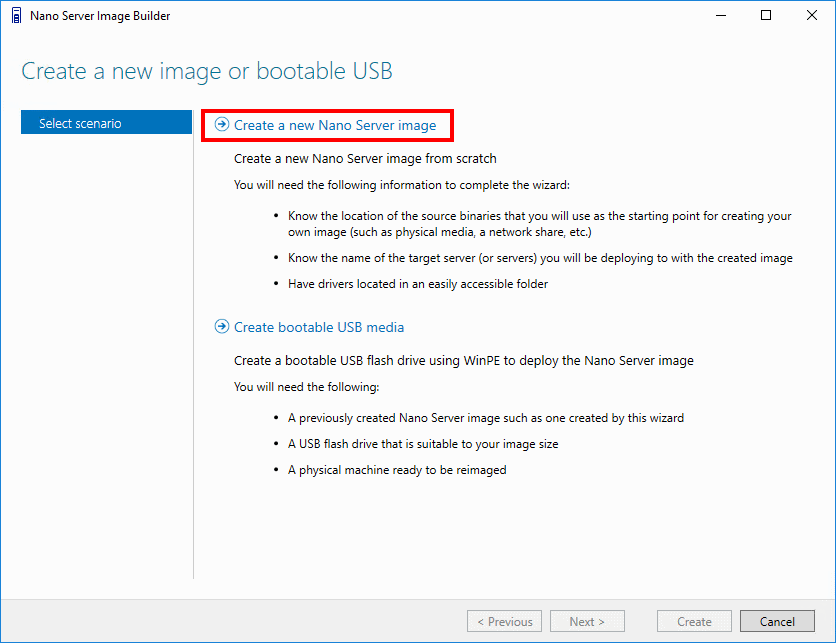 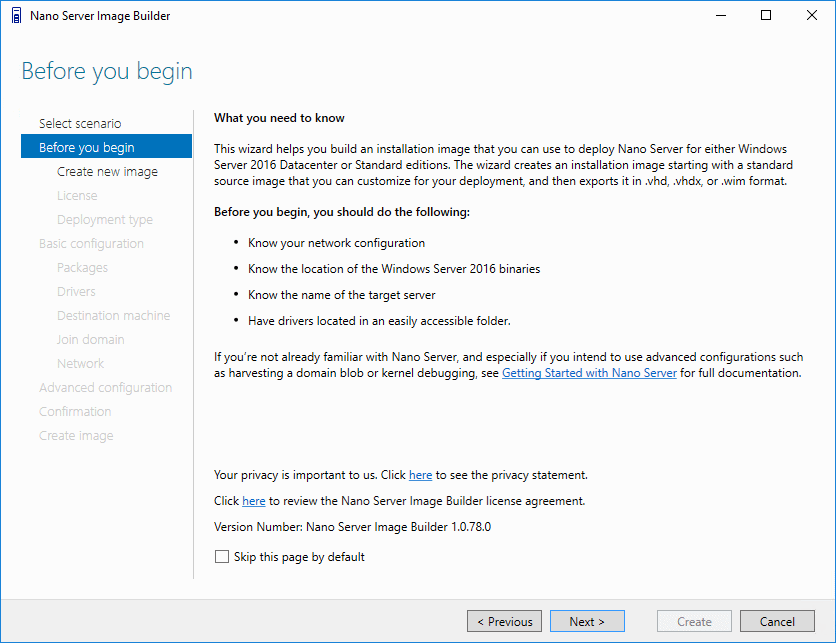 Select the Drive Letter where you mounted the ISO. 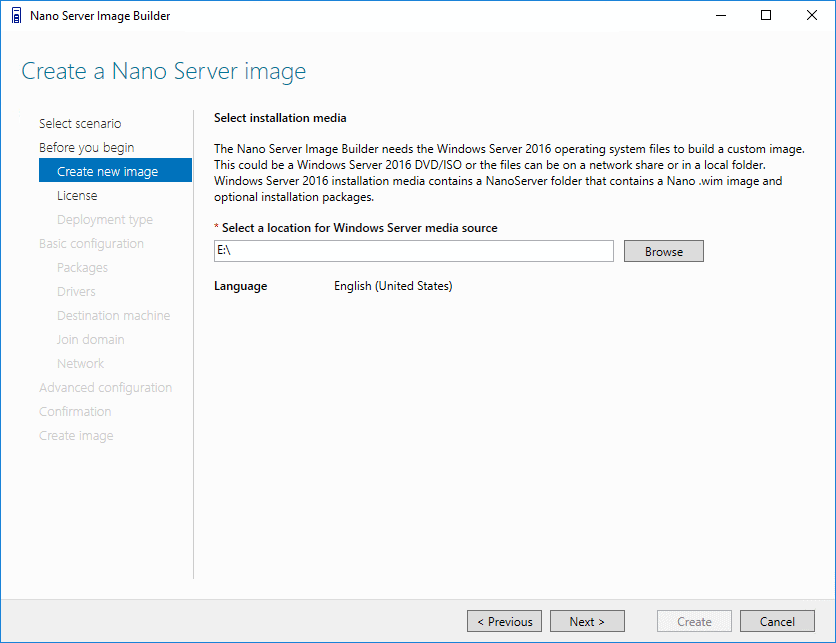 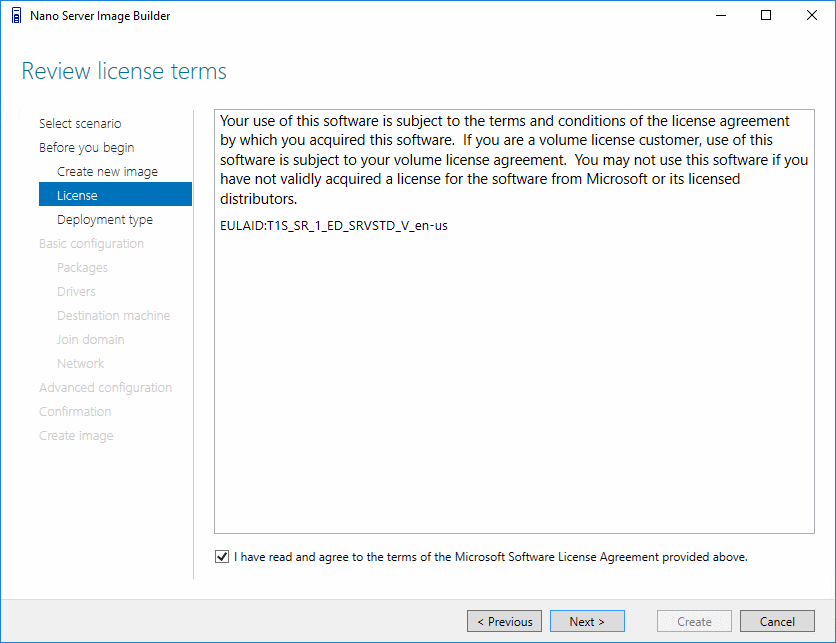 Select Physical Machine Image even if it’s a Virtual Machine.

Create a folder where you want to save the VHD and specify the file name and most importantly the size of the disk. 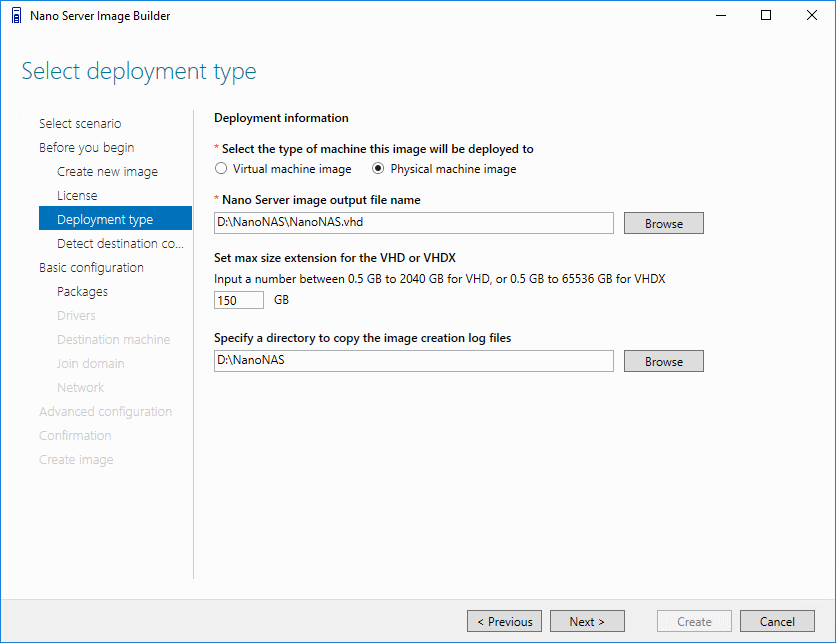 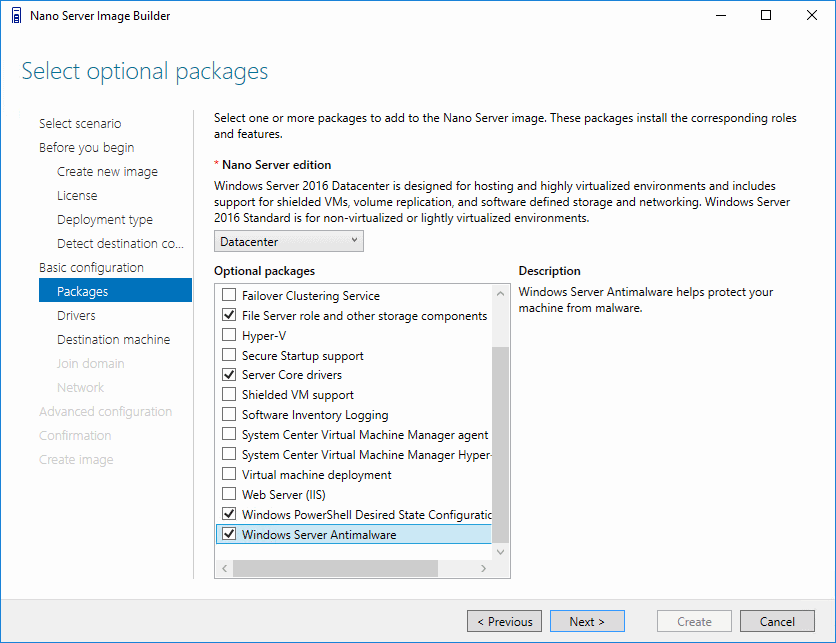 Add the drivers required for Citrix, VMware or Nutanix. Here’s the location for Citrix XenServer.

Please be aware that these drivers needs to be digitally signed, which means it’s impossible to install Nano Server bare metal on a Intel NUC. 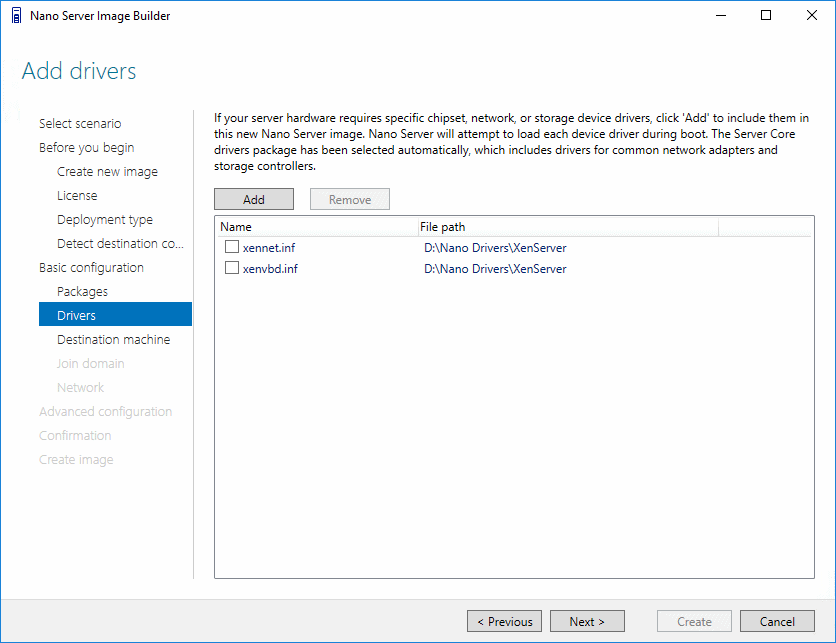 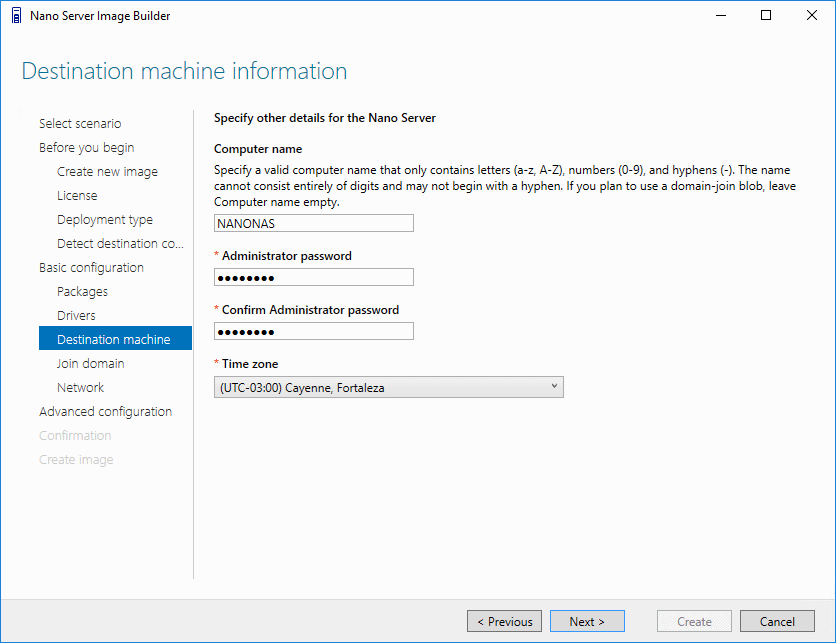 Because the Nano Server will act as my NAS I’ll be using Workgroup.

Select to Enable WinRM and use DHCP. My best tip is to reserve the MAC address later in your router to receive your static IP address. 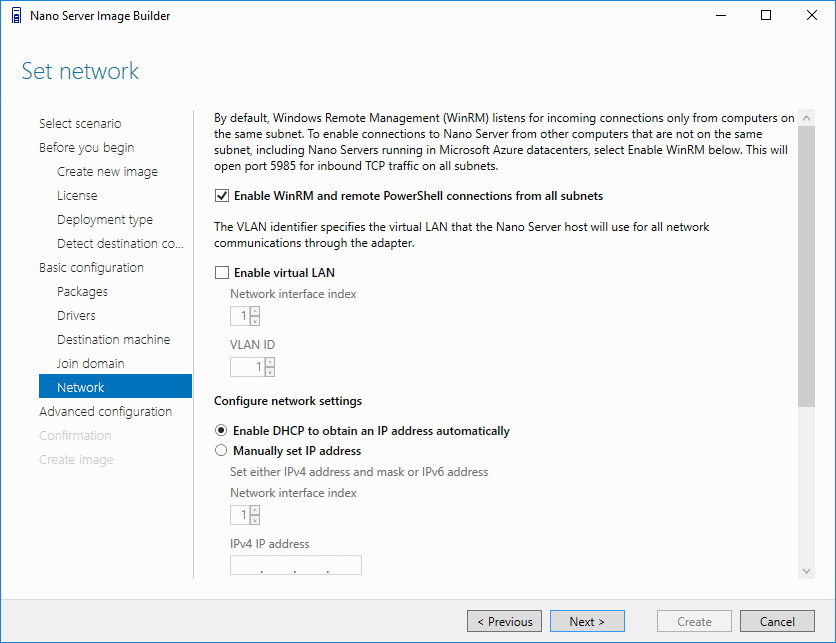 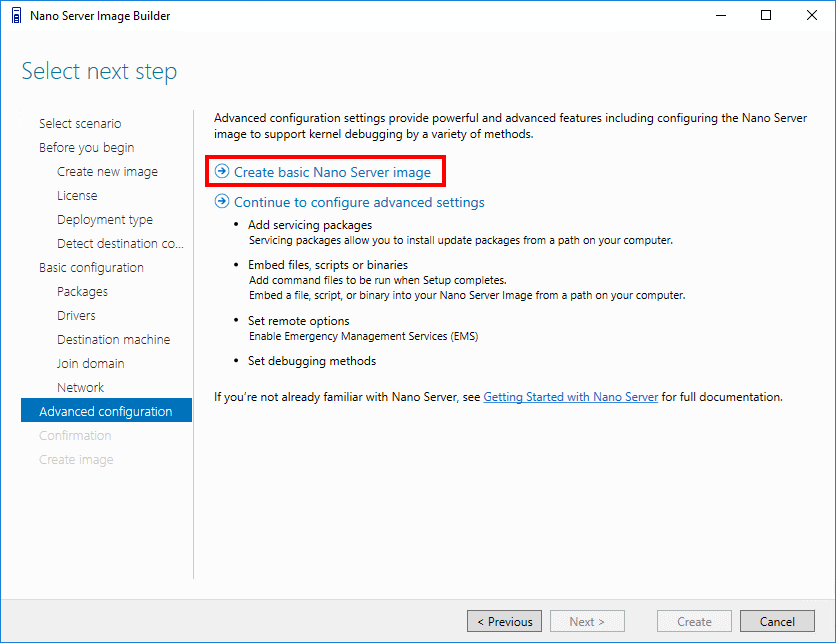 You might want to save the PowerShell command for later reference. 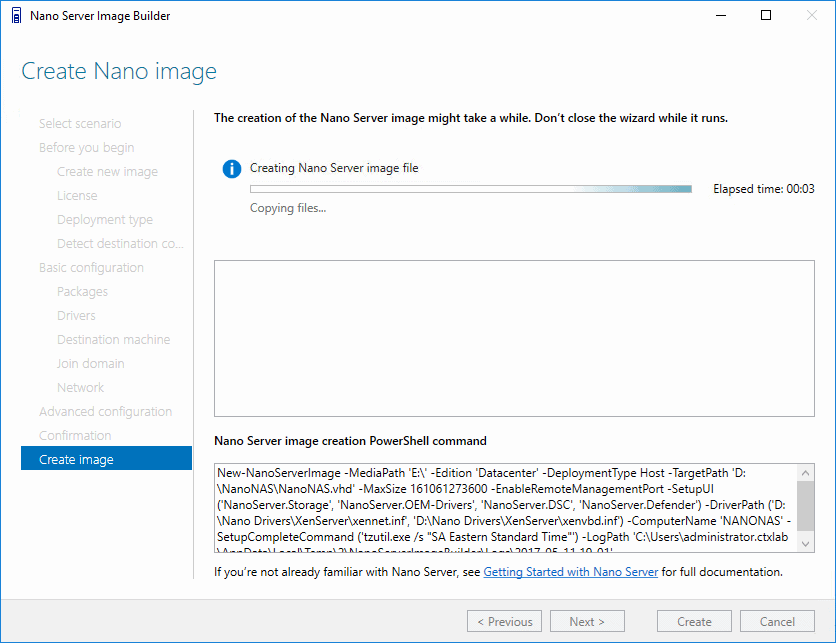 When the VDH is created import it to your favorite Hypervisor and start the VM.

Log onto the console and select Networking to verify that there’s a MAC address there. Select the MAC address to discover the IP address received from DHCP. 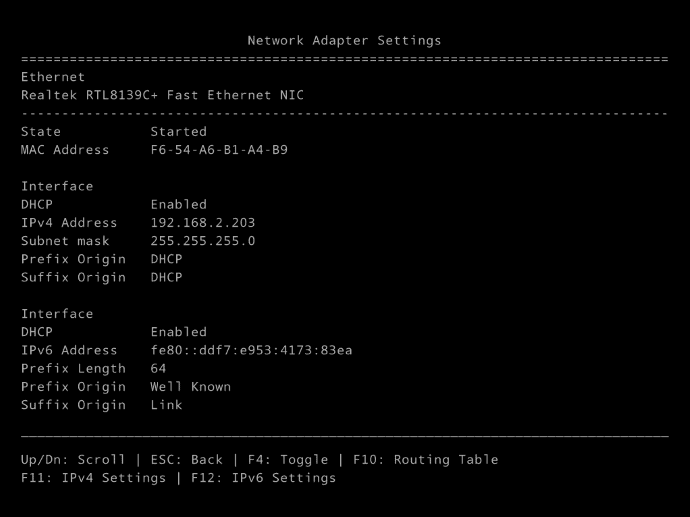 Finally let’s connect through PowerShell and create some shares.

Then a robocopy between the QNAP NAS and the new Nano Server NAS. 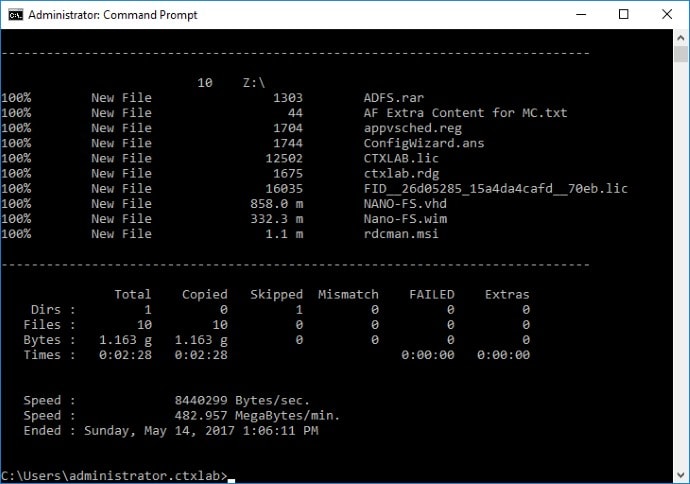 2 thoughts on “Setup Nano Server as NAS for Home Lab”