I’ve been very lucky to be part of a small group of beta testers on Nutanix Community Edition (NCE). My original plan was to buy a Synology DS415+ with four 500GB Samsung EVO 850. Now after testing NCE I’ve managed to saved $1420. Learn all about it.

First download the  Nutanix Community Edition and then create a USB stick from the IMG file using Rufus. Make sure to select DD Image as shown below. The process is rather slow so 30 minute is normal. 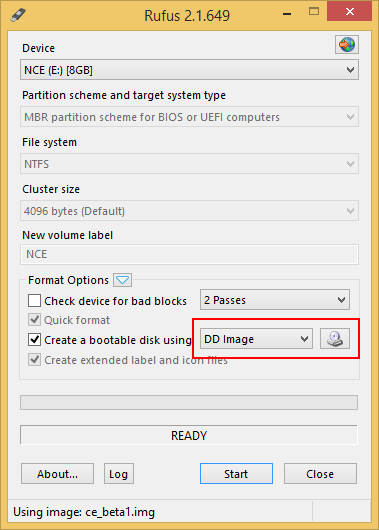 My MAC Mini vSphere Cluster consist of 3 Mac Mini 2012 Edition with i7 Quad Core and 16GB of memory. You can learn more about the setup in podcast AE002: How does Eric’s Home Lab look like? and AE007: The Perfect Portable Home & User Group Lab Rack. 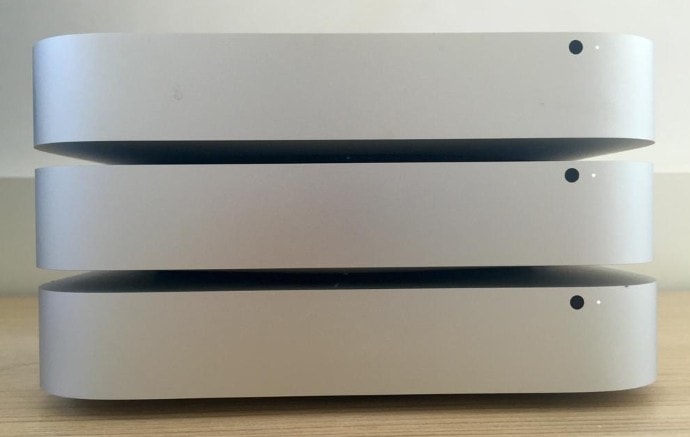 I have installed Windows 2012 R2 on the local SATA storage and VMware ESXi 5.5U2 on a SanDisk 32GB USB3.0 Low-Profile Flash Drive. When you want to boot of the USB stick, connect a wired keyboard and hold the ALT key on your Windows keyboard straight after the start sound. To change Default boot to ESXi, select it and then press CRTL. Do not try to get this working with a wireless keyboard, you’ve been warned!

The NCE is also installed on a SanDisk 32GB Flash Drive and hardware wise you need an Intel Network adapter (might work with others) and a minimum of 16GB memory. You’ll also need at least 200GB SSD and whatever SATA hardrive.

I’m using one of my old whiteboxes with Quad Core and 32 GB and some spare disks. The setup is straight forward, just follow the documentation to configure and create your container and storage pool. 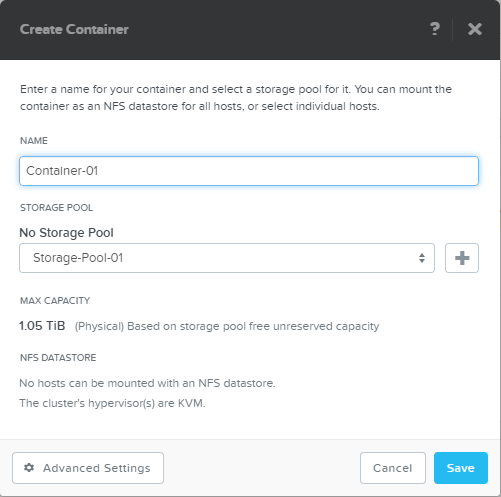 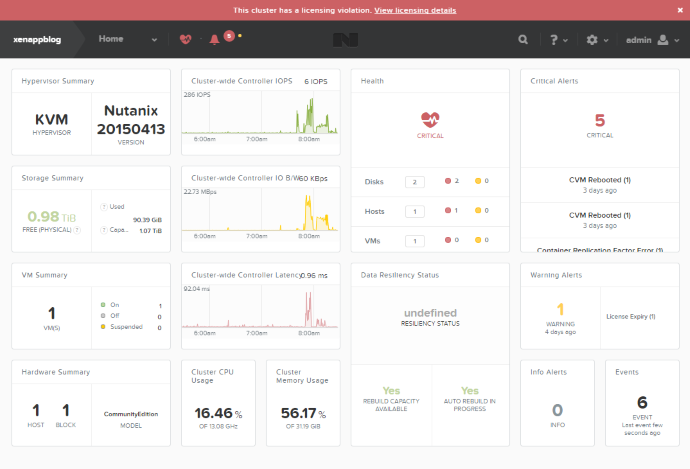 When presenting the NFS storage to vCenter I first whitelisted my subnet through Prism and then added the DataStore on vCenter. The folder path is your container name e.g. /Container-01.

To get real world testing results I decided to use my Automation Framework.

In the test I deployed a Windows 2012 R2 image using Microsoft Deployment Toolkit 2013. The reference image is identical and no Windows Updates are deployed. The only small difference is VMware Tools vs XenServer Tools.

Say what! NFS over a 1GB connection is faster than local SSD storage? Very strange since XenServer is using internal traffic, no 1 GB limit there. Let’s test some more by dropping the VM tools to remove any doubts about that part.

Well, maybe VMware is faster than XenServer, MAC Mini faster than my whitebox or a combination. There’s no way to find out since I don’t have SSD in the MAC mini. The test result are amazing anyway, so if you have some spare parts laying around you should get Nutanix Community Edition running today. 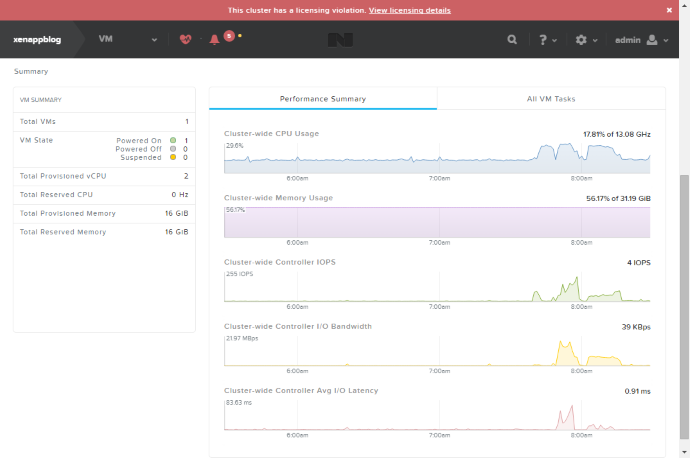 I’m still under NDA so stay tuned for more blog posts on Nutanix Community Edition when I’m back from Citrix Synergy.

My lab is using a unmanaged Dlink DGS-1008D 8-port Gigabit switch. Now after my trip to Citrix Synergy I bought a HP ProCurve Switch 1810G-24 24 Gigabit ports J9450A for $135 on eBay. Let’s see how much the switch means for NFS traffic going over the wire. 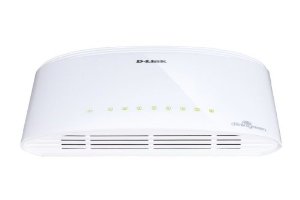 I was also getting a tip from @Easi123 about Intel Solid-State Drive 750 Series SSDPEDMW400G4R5 2.5-Inch 400GB PCI-Express 3.0 MLC. This way we’ll bypass the SATA6 limit by combining four lanes of PCIe 3.0 with state-of-the-art NMV Express (NVMe) interface for truly amazing performance. I got myself one of those as well. You don’t even need to ask if the SSD 750 is fast. Do you need to ask a Lamborghini owner if his car is quick? 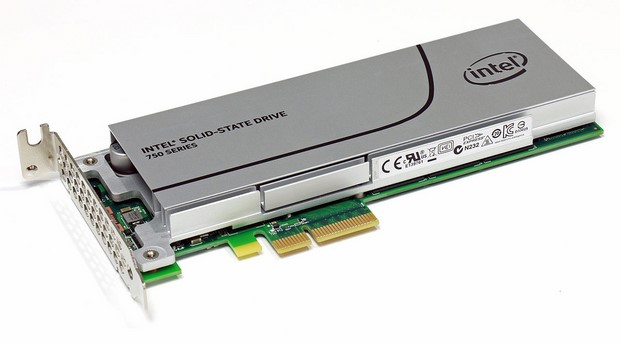 During Citrix Synergy 2015 the Service Pack 1 for Citrix XenServer 6.5 was released. Looking forward to test the new announced improvements.