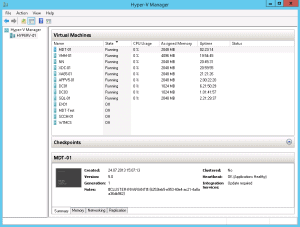 As my fellow CTP Carl Webster writes about in his last blog post A Look Inside Webster’s Lab Phase 2 I’m also moving away from XenServer.

The reason? The need for speed. SMB 3 is fantastic and even with SMB 2 it puts XenServer back to the stone ages in terms of network performance, read more about it in this post Make your network 10x faster.

With the same hardware, the VM’s on SSD boot and perform faster on Hyper-V 2012 than on XenServer 6.1

My newest lab server is based upon this awesome blog post by MVP Jeff Guillet Blistering Fast Hyper-V 2012 Server – Parts List and Video!

Most of the new VM’s was rebuilt with MDT 2012 as shown inside my new free Citrix XenDesktop 7 Automation Boot Camp.

If you’re running on Hypervisor you don’t need the System Reserved partition of 350MB that Windows creates automatically when you install. It’s very easy to disable that from being created by adding DoNotCreateExtraPartition=YES to the CustomSettings.ini file. The size is not big, but multiply it with 20 VM’s running on expensive SSD disks!

For the other VM’s like SCCM, SQL, Exchange and File Server I first tried to migrate them with System Center Virtual Machine Manager based on this blog post XenServer Management on Steriods with SCVMM 2012.

Since that didn’t work and I wasn’t interested in wasting my weekend, I just exported them to XVA, converted to OVF, copied the VHD’s to Hyper-V 2012 and converted them to VHDX. 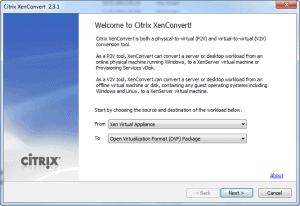 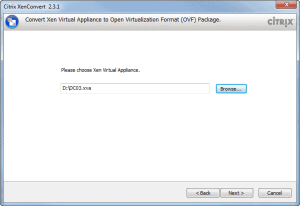 Yes I know, you can export them to OVF directly from XenCenter and then you’ll find the VHD disk inside.

Guess what, that didn’t work either and when the export failed, the VM’s wouldn’t start anymore so the only fix was to reboot my XenServer lab.

To convert from VHD to VHDX select Edit Disk inside the Hyper-V 2012 Manager. 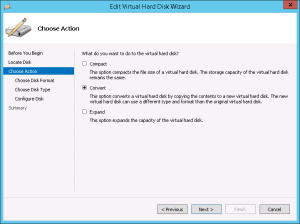 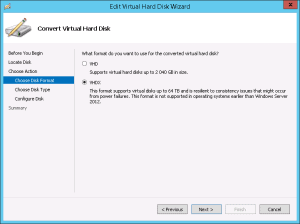 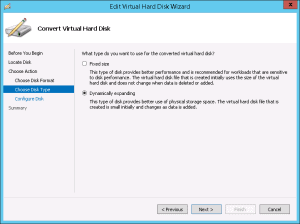 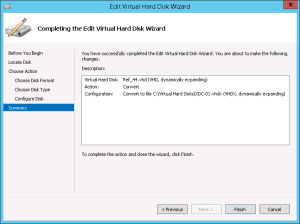 So now my lab is lightning fast and with my MDT 2012 framework and SSD disks it takes me very little time and efforts to build and test various scenarios with all the different OS’s with Machine Creation Services or Provisioning Services.

The next step is to automate my lab further with SCVMM 2012 and Hyper-V 2012. Instead of dumping custom images to WIM files within MDT 2012 you can use the VDA as your template. When booting of that VDA the Task Sequences kick off.

All this reminds my of the good old days when we were PXE booting Windows 3.11 and running applications from the network shares. The same is happening today with App-V 5. Simply because it’s free and awesome. Learn more about App-V 5 inside my members area.