Many people are wondering where the Printer Management node used for replicating print drivers is located in Citrix XenApp 6.x. This is now managed with the Windows Printer Management Role in Windows Server 2008 R2 or through XenApp PowerShell Cmdlets. I’m a big fan of the Citrix Universal Printer Driver but in some cases that’s not good enough and replicating print drivers to all Citrix XenApp servers are required. Luckily there’s light in the end of the tunnel.

So while we wait for this new Citrix Universal Print Server, here’s the steps for replicating print drivers with XenApp PowerShell Cmdlets :

First you’ll need to decide which Citrix XenApp server you’ll be using as the source. A good suggestion would be your Preferred Data Collector. In our example that would be XA65-01. Start PowerShell as Administrator and run the following commands 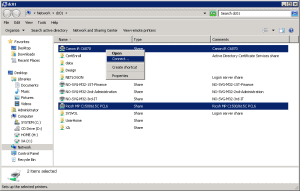 To make sure that all your Citrix XenApp servers have the same printer drivers it’s recommend to add the required printer drivers to the Auto-Replication-List. A good tip would be to have these commands in a Notepad file to make it easier for you to Add/Remove printer drivers.

Simply copy and paste the commands to the PowerShell window.

To display a list of Printer Drivers in the Auto-Replication-List you’ll use the following command :

I’m pretty sure there’s some smart people out there in the Citrix Community who have already created some smart automatic scripts for replicating print drivers in Citrix XenApp 6.x. Please share with the rest of the readers by adding your comment below if you know any good resources.