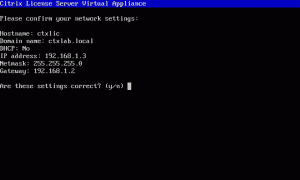 Citrix has just released a new version of the Citrix License Server VPX which are a self-contained Linux-based virtual appliance that allows you to easily deploy licensing in your Citrix environment. The requirement is only 256 mb which are sufficient for up to 500 Citrix servers and approximately 50.000 licenses. Currently the Citrix License Server VPX is only available for Citrix XenServer 5.6 Feature Pack 1 / Service Pack 2 or higher.

To get started download and import the Citrix License Server VPX Appliance via XenCenter and then configure hostname, dns suffix and ip address. If you’re testing this out I would recommend using the same name as your current Citrix License Server. This way you don’t need to return and reallocate all your licenses. Even though the hostname is the same it won’t register in DNS so you’re all safe. 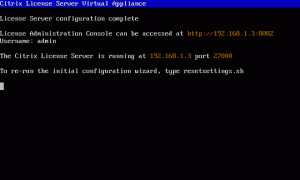 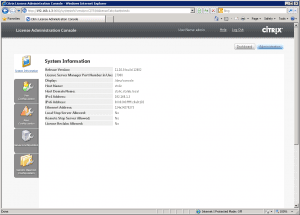 To be sure that everything is working properly you should stop your old Citrix Licensing Server Service. Then run the command : gpupdate /force and qfarm /load on one of your Citrix XenApp servers to verify that everything is okay.

If the Server Load is 20.000 there’s something wrong, most likely the hostname. Remember that this is case sensitive.

For those wanting to Return and then ReAllocate the licenses to a new host name please logon to your MyCitrix account. 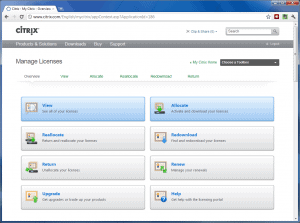 So should you transfer all your licenses to this new Citrix License Server VPX appliance? That’s up to you, but since the current Windows version normally runs side by side with Remote Desktop Services Licensing it won’t make sense to me. On the other side this is a great way to setup a standby Citrix License Server for Disaster Recovery.

8 thoughts on “How to Migrate to Citrix License Server VPX”