Back in July I had an interview with Pierre Marmignon about his next project Virtual User Environment Manager (VUEM). Finally I’ve been able to install and take a look at the early Alpha version of the new tool. And I must say it looks really nice.

To test this I spun up a Rackspace Cloud Virtual Machine from my iPad with Windows 2008 R2 and SQL Server 2008 R2 Express. The Database Creation Wizard that Pierre have developed was straight forward and easy to understand. The power of hosting this standalone machine in the Cloud was that he could log on with RDP at any time without me worrying about domain security, firewall, RSA token and so on. 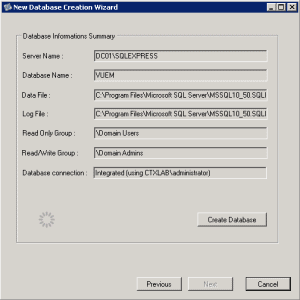 Virtual User Environment Manager has been designed to provide a first level environment management (e.g., shortcuts creation, network drives mapping, network printers, registry stuff). Some of these settings can of course be managed from Group Policy Preferences, but the power of this tool is Simplicity. 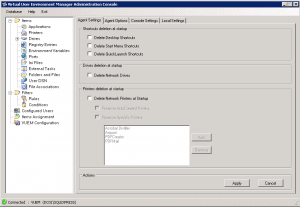 One super cool feature I’m really looking forward to is the ability to disconnect a session as soon as the log off is detected to make the log off look faster. Unfortunately I wasn’t able to test this feature because the VUEM Agent is still in development. The agent will run as a Windows Service, but the .exe can also be launched via a logon script.

Pierre is putting a tremendous amount of time and effort into his tools and he’s also crazy enough to give them all away for free. I highly encourage you to make a donation if you’re using his tools just like me. 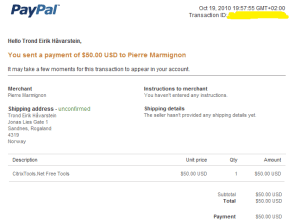