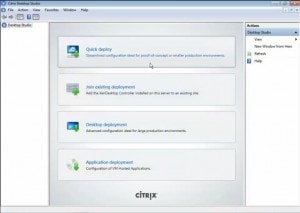 It has been an exciting week at Citrix Synergy in Berlin. Even though I haven’t been there I have a pretty good overview on what happened thanks to Twitter and Synergy Live that streamed some of the events. In terms of XenDesktop 5 I did see the product a couple of month ago, but because of the NDA I haven’t been able to share this information with you.

So the biggest news at Syngery was the release of XenDesktop 5 that will be available sometime in Q4 2010. Citrix also revealed XenServer 5.6 Feature Pack 1 that I will be covering in a later post in a couple of weeks.

The biggest disappointment for me was that they did not announce the new Citrix Access Gateway 5.0 (CAG) or CAG support in general for VMware. Our customers are screaming for a CAG virtual appliance (VA) for VMware. The reason is simple, most of our customers have already VMware inhouse and in the DMZ.

Citrix Secure Gateway do not support 3rd party authentication for iPad/iPhone which means you have two options. Run without 3rd party authentication (no option) or simply wait till the appliance is available. Putting a XenServer in DMZ just for this is not a option, specially not now when the CAG 5.0 are in beta and there already exist a VA for Citrix Merchandising Server that have VMware support.

In this post I’m going to concentrate on XenDesktop 5. Jarian Gibson have already posted a in-depth article (check the resource section). I would like to highlight other features that haven’t been covered as well as provide you with some screenshots of the new version.

The setup process for XenDesktop 4 is pretty loooong. There is numerous of hotfixes for each individual component that has to be patched with new hotfixes as well as the XenDesktop Agent that get’s a new version every second week. What’s new in XenDesktop 5 is the simplicity of the installation. There is no roles required, the setup will take care of everything. So the new Citrix slogs is “1o minutes to XenDesktop“. 10 minutes to install, 10 clicks to configure and 10 seconds to add a new desktop user. You’ll see a screenshot of the Setup wizard at the top of this blog post.

There is now 2 management console based on MMC3.0, one for Administrators and one for Support. Desktop Studio are for the Administrators and the second one showed are Desktop Director for the Support personal. The HDX Policy are now managed from the same console. 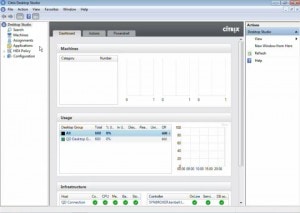 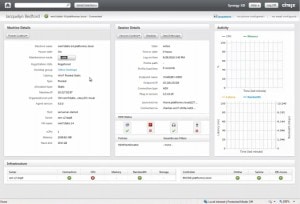 As announced earlier with the release of XenDesktop 4.0 Feature Pack 2 we’re available to stream a XenDesktop image down to a XenClient for offline usage. What we didn’t see in this release is the availability to access this offline image from the cloud, e.g when you computer gets stolen. We will probably see this later next year, but I would believe that this is only possible for private images. Remember that the XenClient synchronizes the image back to your DataCenter when it is online, and that the image is basically a normal VHD file. Shouldn’t be to complicated to pick this up from both the cloud.

3 thoughts on “All you need to know about XenDesktop 5.0”