The installation of hotfixes for your Citrix environment used to be very simple with Citrix XenApp 6.5. It was just that hotfix which applied to all your systems and you even had a nice hotfix node in Citrix AppCenter.

Now with FMA we have separate hotfixes for VDA Server OS, Desktop OS, Director, Studio, GPMC, you name it. Add the Feature Packs on top, missing documentation and no easy way to check which hotfixes are installed where!

I recently came across a tool called NITCtxPatcher which are a patch manager for Citrix XenApp and XenDesktop.

Simply select the products you want and it will download and create unattended batch files for silent installation. Just be aware of a bug that also shows superseded updates, so make sure to visit each CTX article.

First download and organize your Hotfixes and Feature Packs for DDC, VDA for Desktop and Server OS. 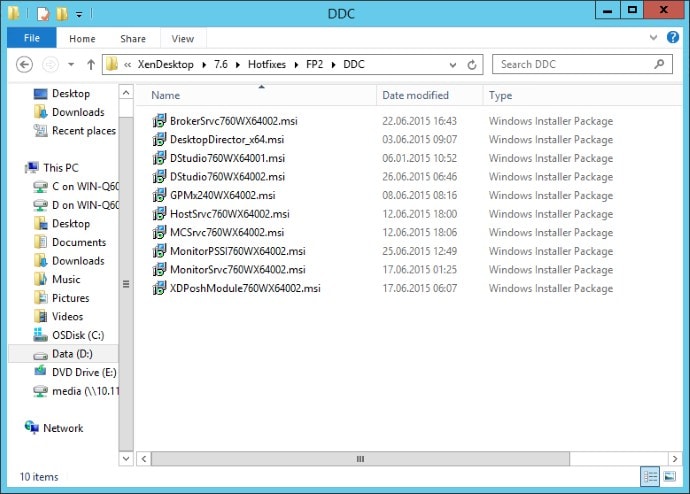 The following scripts will automatically install all MSI and MSP hotfixes in the current folder specified. I would love to get MSI and MSP logging, but the script don´t seem to understand $_ as a log file. If you have any hints, please share in the comments below. In my tests the sleep command was needed as well to successfully install all of them.

In the following example I’m installing the FrameHawk components (MSP). 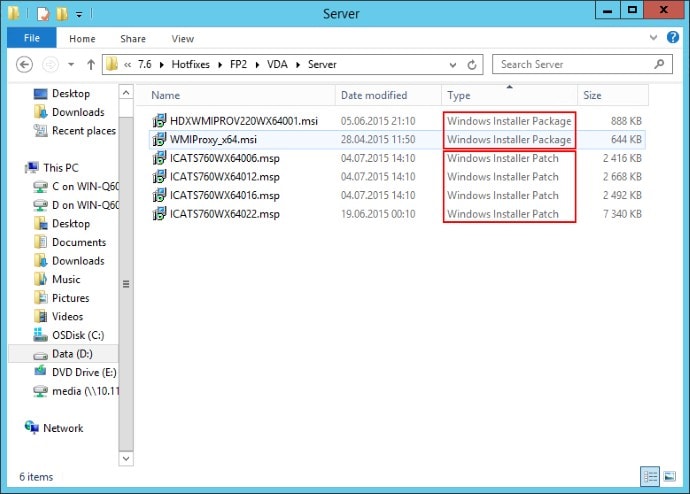 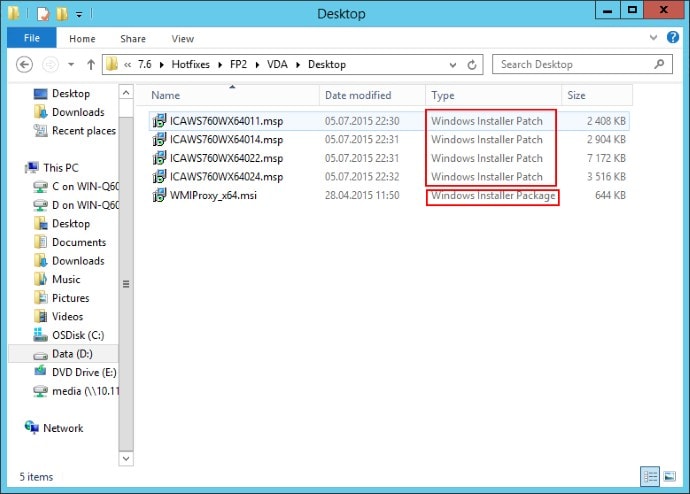 When you check the installation log you’ll normally see MSI exit code 0 or 3010. There’s nothing wrong with 3010, it just states that a restart is required, 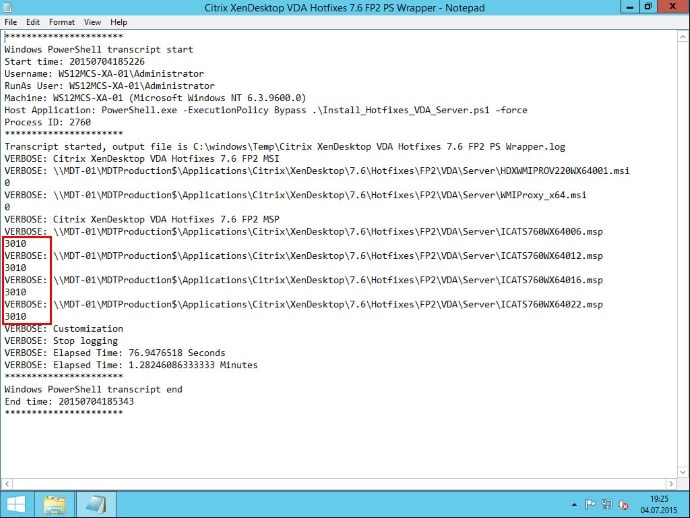 Note: If you upgrade you need to run the following command for Citrix Director.

With the release of Citrix Director 7.6 we can now check the updates installed per VM, but there’s no way to get an overview of the complete site like we could in Citrix AppCenter. I would really love a summary overview in Citrix Studio. 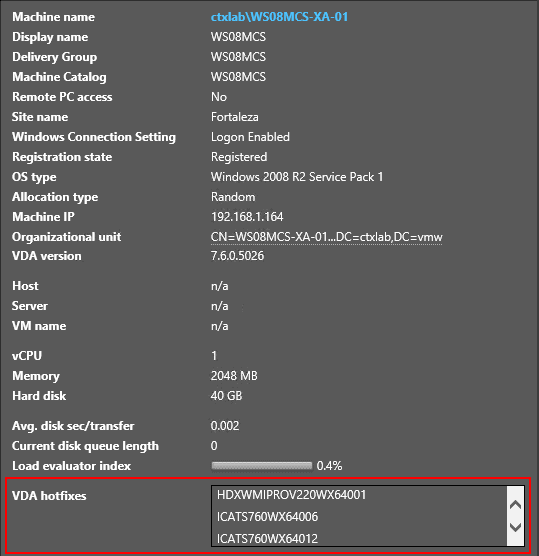 After enabling the FrameHawk policy you’ll get the details inside Citrix Director. 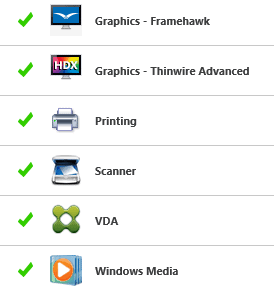 To get all details and recommendations you need to run Citrix Scout and upload to Citrix Insight Services (new name for TaaS). 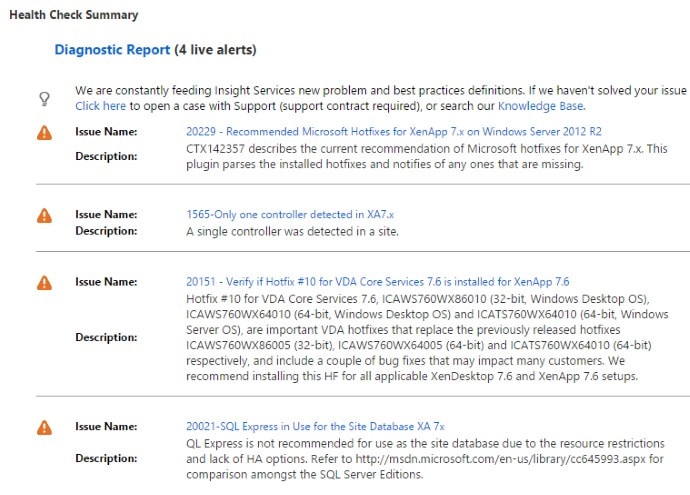 To make things even more complicated, it’s reporting the missing ICATS760WX64010 as critical, but that hotfix is Superseded. The same applies for Recommended Microsoft 2012 R2 Hotfixes. What a complete mess!

So the current situation for Citrix Hotfix and Feature Pack download, installation, management and documentation is a piece of shit!

Citrix TaaS, Oops! Insight Services is really awesome and helpful, but Citrix really needs to act an resolve the reports and the complexity of installing Hotfixes and Feature Packs. It can go really bad…

I would really love to see something similar to vSphere Update Manager and getting rid of XenServer Tools (and VMware) by getting those delivered through Windows Updates instead.

Below is the script to install the HDX Connector (Server or Desktop OS) and HDX Media Engine (Client Side).

That’s How you Automate Citrix Hotfix Installation. Please share in the comment below how you patch your systems, sharing is caring.

9 thoughts on “Automate Citrix Hotfix Installation Together With Feature Packs”