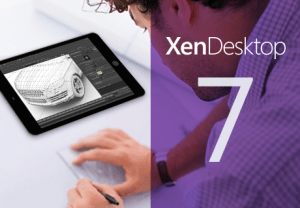 I’m just back from Citrix Synergy 2013 in LA Anaheim. It was awesome to connect with friends, customers and blog readers. There was a lot of exciting announcements, but in this blog post I will focus on XenDesktop 7 and the integration with App-V 5.

Inside the Citrix Studio console you’ll be able to configure your App-V 5 Management and Publishing server. 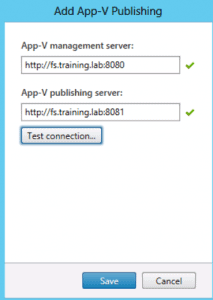 Another new feature is the possibility to publish multiple installed and App-V 5 applications on the fly. This is a feature we’ve been awaiting for years. 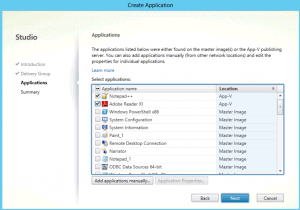 So inside the console you’ll be able to see if the application is installed in the master image or if its an App-V 5 application. On the seminar I was also talking to the SmartX people and I recommended them to include a similar column in their ControlUp software.

Just to clear the water. XenDesktop 7 is also XenApp 7. Citrix have just decided to go ahead with the XenDesktop name which makes sense since they only sell XenDesktop license these days. So basically you just install the VDA agent on either XenDesktop or XenApp and you’re good to go. 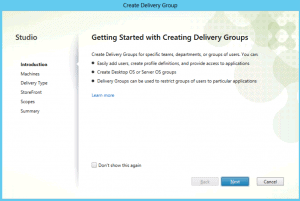 There don’t exist any migration path from Application Streaming to App-V 5 so those applications needs to be sequenced with App-V 5. Since Application Streaming is not supported on Windows 8/2012, you could create a Delivery Group with Windows 2008 R2 servers to support those until they’re migrated to App-V 5. Some of the new features in XenDesktop 7 will also be available for XenApp 6.5 in Feature Pack 2 when its released in June 2013. 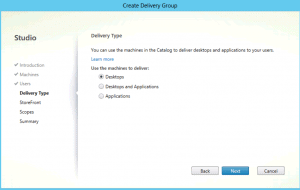 My recent blog post 7 Reasons Why You Need to Learn App-V 5 nailed it. I cannot say this enough; Microsoft App-V license is included in the Microsoft Remote Desktop Services Client Access License.

If you need more information I’ve created this App-V 5 Training Course to get you up to speed. This is the fastest and easiest way to learn Microsoft Application Virtualization 5.