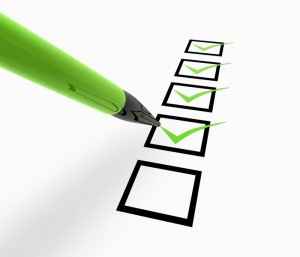 Pierre Marmignon is the man behind CitrixTool.net and he has recently popped onto my radar again with a new upcoming product call Virtual User Environment Manager Agent (VUEM). I’m a big fan of his products so this new VUEM tool got me curious so I hit him up today with some interview questions.

Pierre, can you give us a quick rundown of your new project and what it does for people ?

Virtual User Environment Manager has been designed to provide a first level environment management (e.g., shortcuts creation, network drives mapping, network printers, registry stuff). The tool will be architectured around a SQL Database, an Admin console and an agent, provided as a Windows Service (although the .exe can also be launched via a logon script).

How would this tool work together with Citrix User Profile Manager and Flex Profiles ?

Well I like to say that UPM and Flex are managing the profile settings save / restore while VUEM will manage the environment. Basically it has been designed to be a perfect UPM / Flex companion, taking care of the environment management part which is for now missing in these two products.

Where did you get the idea to this new tool and why ?

I’ve been a fervent user of a freeware called “BrsSuite” developed by Fabrice Cornet. It was managing shortcuts, network drives, printers and ports. The development has been stopped although the tool was really cool. I’ve started to develop a new agent for my customers (as the provided agent had some big issues), but I was then stuck in making it evolve because I was not the original developer. Then I decided to start the project again from scratch. That’s how VUEM has started.

Then as the development was running I’ve decided to add some extra features like the ability to disconnect a session as soon as the log off is detected to make the log off look faster or like creating an environment variable with the client IP…  I’m integrating very cool products like AppSense or RES ones, but I really feel that there is a real need of a free tool taking care of basics things. People that cannot afford the previously mentioned products are for now using scripts, but they are limited and not easy to manage.

As an extra, from the poll I’ve made it seems to be a real need of an intermediate solution.

When will this new VUEM tool be available for download ?

I hope to release it in September with a beta this summer (according to the time I can free up for this project).

XenApp Cloning Tool are your most popular tool. What’s the advantage of yours compared to Citrix’s own tool ?

Actually I don’t like to compete with other products / tools even Citrix one (lol). Let’s say that the philosophy behind my tools is really different. I’ve developed a set of tools that is handling all the needs I’ve faced while deploying provisioned / cloned XenApp servers, needs that were not filled by XenAppPrep (like extra tasks, XenApp configuration Management, cache disk initialization …) which ends up in I think a more complete tool handling all use cases and more suited to production environments.

Where can we get to know more about you and the work you’re doing ?

So here’s what I want you to do now :