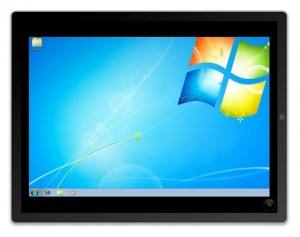 I’m really looking forward to going to Citrix Synergy in San Fransisco. There will be a lot of great tracks and workshops. I decided a long time ago that I would buy the Apple iPad both for personal and business usage.

Well, last week I was on my way back from Bali after 3 weeks of vacation, but because of the volcano in Iceland I’m stranded in Singapore City. Luckily for me all expenses are covered by my insurance company and I get around 1 week extra vacation.

The Apple iPad have been sold out in the United States and the release in Europe have been delayed for another month. Here in Singapore they have all the electronic gadgets, even the iPad that I purchased in the Sim Lim Square.

The iPad is super smooth and after installing the Citrix Receiver which are now the number #1 business application I signed up for a Citrix Cloud demo account. Shortly after I received a email which now also contains a link for Auto Configuration. The applications in Dazzle are by now MS Office, Adobe Reader, 3D, Health and Finance Application and a published Windows Explorer. Citrix should as soon as possible also make a Windows 7 XenDesktop demo available.

The response and logontime was good even when I was sitting on a WIFI connections so bad it wasn’t worth the cup of coffee I bought to get access.