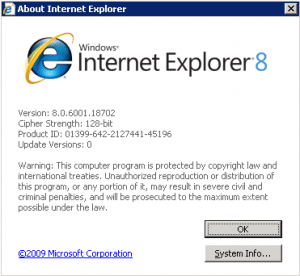 After scripting the installation of Internet Explorer 8 I decided to do a quick & dirty test on my W2K3 SP2 machine running on my XenServer 5 Lab. There is no Optimization for Citrix XenApp turned on because this is my domain controller.

So as a “normal” user I opened one IE windows with 6 tab, one with 2 tabs and one with one tab. I easily consumed more than 350 MB of memory and 5 instances of iexplore.exe where running.

Next I closed all the IE windows and opened just one, and of course it went to msn.com as default. Now it consumed 85 MB of memory and had 2 instances of iexplore.exe running which are by design. 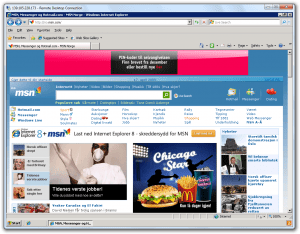 Now, look what happens with the CPU when I place the cursor over the McDonald’s advertisement. 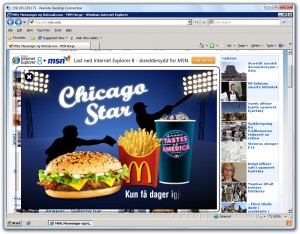 If you really wanna push it, or work at Citrix with Flash Optimization, take a look at this Norwegian WeatherCast site. 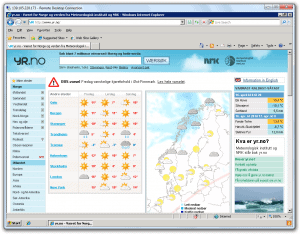 The CPU is the half but it doesn’t stop before it has consumed 162 MB of memory.

WOW….on a PC okay, but in a Terminal Server environment this is a no go, really a IE8 turn off. What do think ? Please feel free to leave a comment below.