Windows 10 Anniversary Update is now available and Windows Server 2016 will hopefully be released in the end of September together with a new Citrix XenApp / XenDesktop / PVS version.

It’s time to create a new blog post showing you how to get rid of all the crap (Build-In Apps), Optimize the Operation System and Customize Windows 10 Start Screen. Out of the box it’s not really Enterprise Ready! 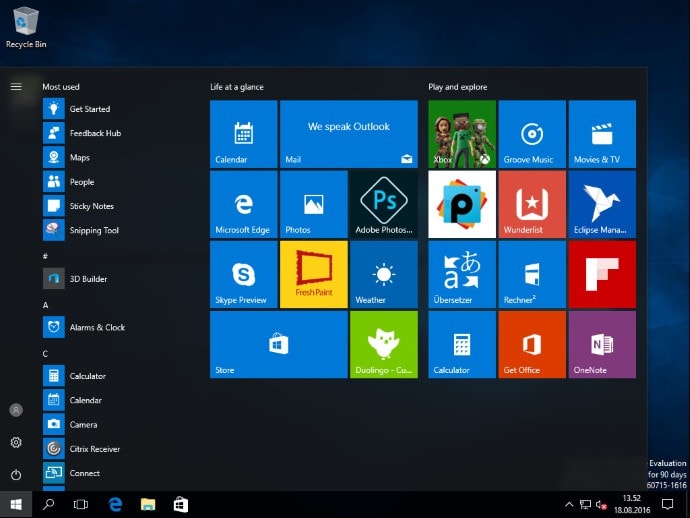 Get rid of the crap

The first thing you would want to do is remove all those crappy applications. As an Administrator you want to have full control, at least for those VDI machines controlled by Citrix XenDesktop or VMware Horizon View.

To automatically remove all those applications run the following command:

That removes most part, but there’s still some applications like Edge and Contact Support that we need to remove in another way. I’m using James Rankin’s excellent script for that, check his post Windows 10 part #9 – removing Modern Apps from your image. 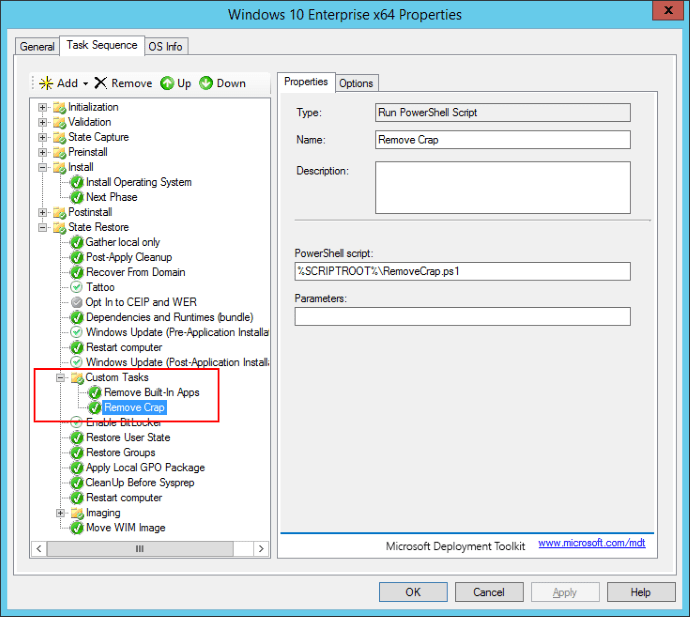 This could be part of your Automated Reference Image / Master Image or manual Master Image build for MCS or PVS. I prefer the first, learn more in the post Automated Master Image Creation and the short video below.

My Automation Framework is available for ONLY $97, learn more HERE.

The advantages of doing this in the Reference Images is that the User Experience is identical on both physical and virtual machines.

LoginVSI has created an amazing Tuning Template for Windows 10 which increased VSImax with 47,5%. You can watch the recorded webinar here.

Download the VMware OS Optimization Tool and the #VDILIKAPRO Tuning Template and run it. 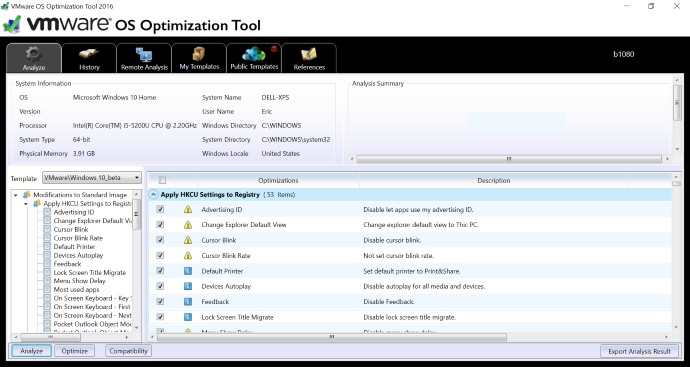 However if you’re going to automate this through MDT/SCCM you need to delete the following lines below because it will force a reboot which breaks your Task Sequence.

You know it’s working when you get a blue background at logon. 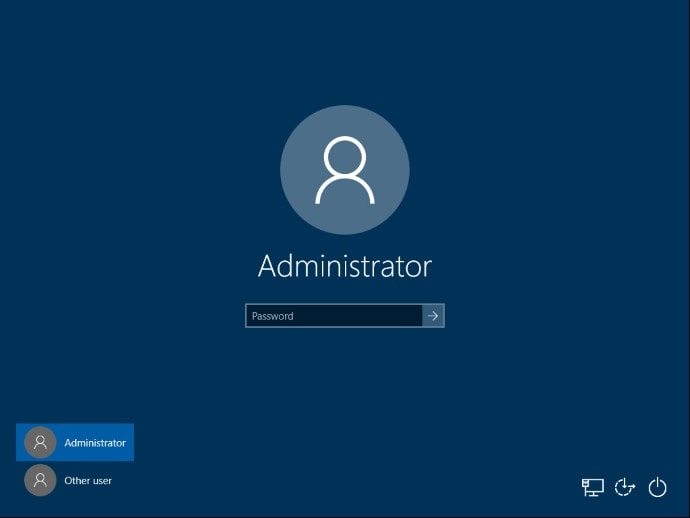 The procedure is the same shown in the Customize Windows 2012 Start Screen Using Group Policy blog post. However in Windows 10 Build 1511 Microsoft introduced a great new feature that allows admins to lock down a section of the Start Menu.

This means you can organize Office 365, Accounting, Graphical Applications etc. in a nice layout, while the users are still able to pin custom application to their Start Screen. This is not the case for Windows 2012 R2.

Customize the Windows 10 Start Screen the way you like it and then run the following PowerShell command:

Edit the XML file and replace <DefaultLayourOverride> with this:

If you want to use various layouts for various Active Directory Groups you can leverage Group Policy Item Level Targeting. 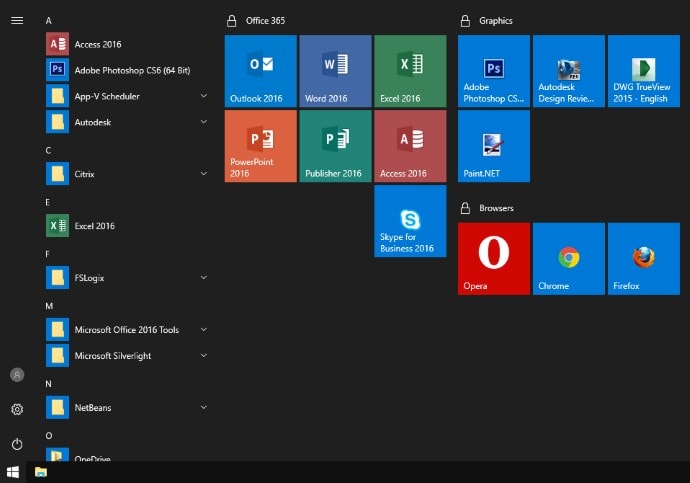 To be able to roam the users customization’s you’ll need to make sure that you don’t have !ctx_localappdata!\TileDataLayer in Excluded Folders.

This one is quite easy, simple create a GPO and disable the service Connected User Experiences and Telemetry short name dmwappushsvc. 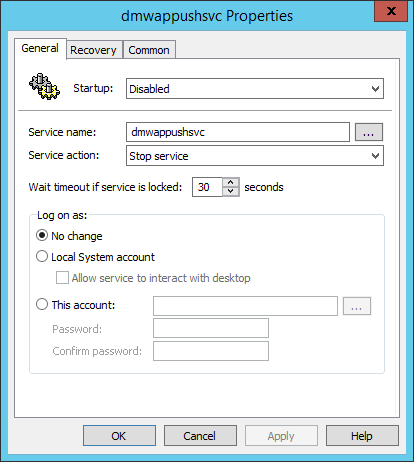 Many people may wonder why the logon time is higher on XenDesktop (VDI) compared to XenApp (RDSH). The reason is quite simple. When the first user logon to XenApp after a restart everything is loaded into memory. So if the logon time is 15ms then it’s probably only 5ms for the following users on the same server. On XenDesktop however this doesn’t apply. 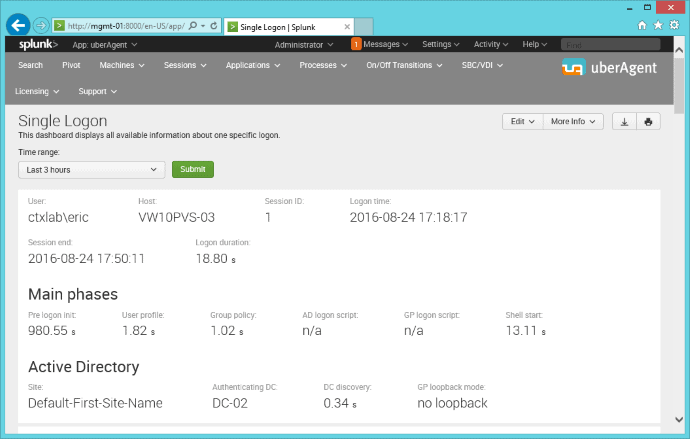 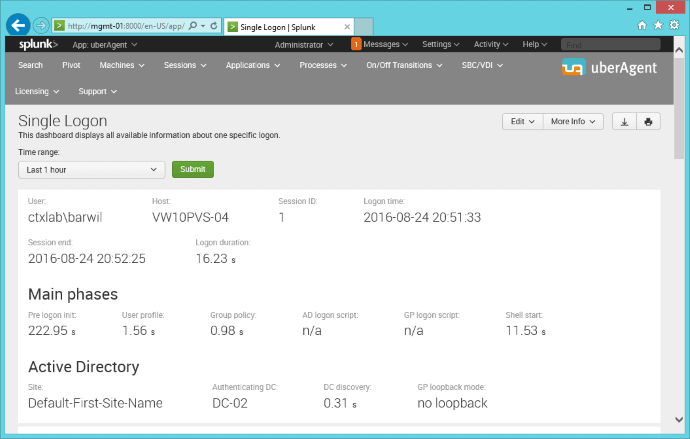 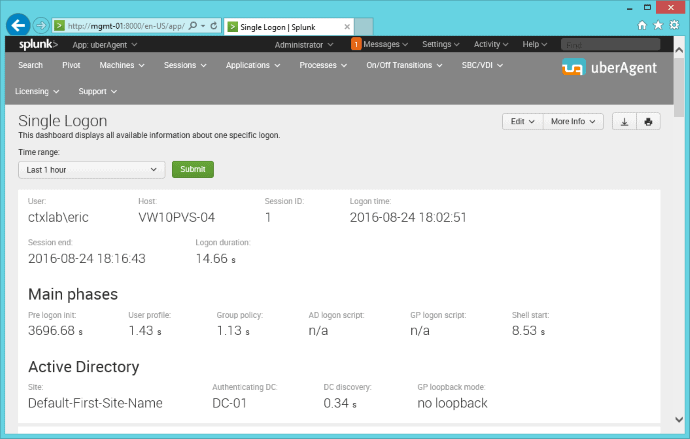 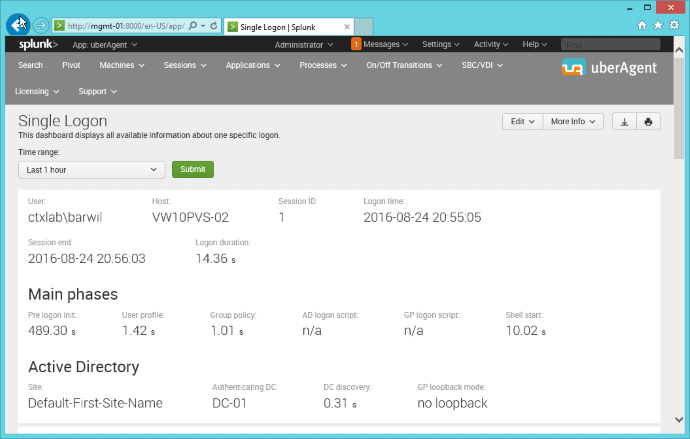 Please be aware that Windows 10 could use as much as 20 minutes to settle down. So the longer you wait the better Logon Performance you get. Think about that when you add some additional VMs to the Delivery Group to handle your Logon Time SLA. 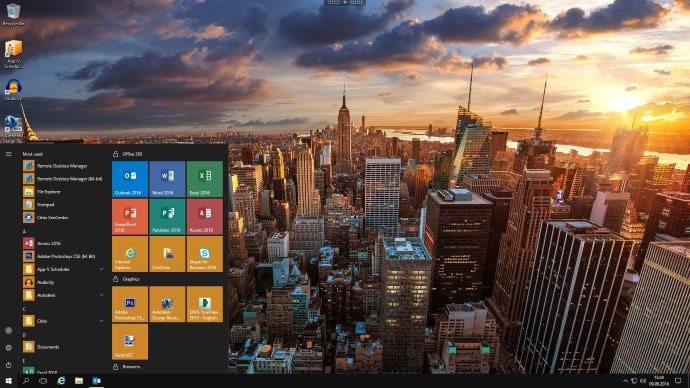 Special thanks to René Bigler and James Rankin for helping out with this blog post.