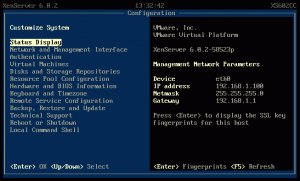 Last week I was troubleshooting extremely slow network performance on Citrix XenServer 6.02 installed on HP Proliant BL460C G7. The solution was based upon Citrix Provisioning Services 6.1 and Citrix XenApp 6.5 with all hotfixes.

You might ask why not run XenServer 6.1? The customer did a Citrix XenServer Rolling Upgrade to 6.1 and a Provisioning Services Target Device software upgrade.

After the upgrade was completed they where experiencing problems and who would even think that Citrix XenServer 6.1 does NOT support Provisioning Services or XenDesktop. The XenServer Tools Workaround for XenServer 6.1.0 did not work in this environment.

Today Citrix acknowledges that some customers are experiencing intermittent Windows issues with XenTools in the XenServer 6.1 release. Hotfix (XS61E005) for all XenServer 6.1 installations will be released in early January 2013 and support PVS 6.1 (but what about XenDesktop?).

So since no automatic downgrade path exists we decided to re-install with Citrix XenServer 6.02 and do reverse imaging ones more! 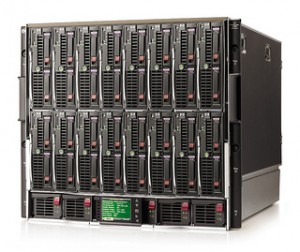 So I started testing Network Throughput Using Iperf. The VM’s running on G6 had >100 mb/s but the ones on G7 had 0 mb/s. Something strange going on here… 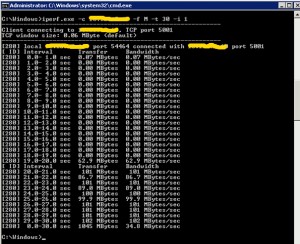 I contacted Citrix support and after a while we discovered that one pool where running Emulex BE2NET driver and the other Broadcom BNX2X. The G7 XenServer’s where running Emulex 3.102.517.701 and HP SPP 2012.10.0. After upgrading to 4.1.450.7 using described method from CTX134052 the iPerf showed around 40 mb/s. Not the same performance as the G6 blades, but now the system started working normally.